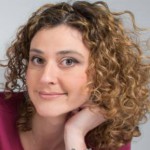 I am a neuroscientist working on pain and nociception in the NOCIONS Lab, within the Institute of Neuroscience (IoNS) (Brussels), based at the Université catholique de Louvain.

After a Bachelor Degree in Clinical Psychology, and a Master Degree in Cognitive Psychology, I obtained a PhD in Neurophysiology (Sapienza University of Rome). During my PhD, I spent three years as a visitor researcher at the Institute for Medical Psychology and Behavioural Neurobiology of Tübingen, working on the development of brain-computer interfaces (BCI) for communication and environmental control for different patient populations (stroke, Alzheimer, amyotrophic lateral sclerosis).

During the last couple of years, my research has seen a transition from translational studies to more fundamental neuroscience, focusing on gaining a more in-depth knowledge of human brain structure and function. This shift can be explained by my growing interest in the underpinnings of neurophysiological mechanisms.

The main objective of my research is to characterize how transient and sustained pain are represented in the human brain, with the aim of identifying relevant biomarkers for pain. I am particularly interested in investigating the role of the insula in human pain perception, as several findings suggest that this brain region plays a crucial role in the integration of sensory, affective, and cognitive dimensions of pain. To this end, I use intracerebral electroencephalographic (iEEG) recordings performed in patients for the presurgical evaluation of intractable epilepsy, combined with advanced signal-processing methods. These iEEG experiments have so far led to exciting findings.

A first finding is that, in contrast with a widely accepted textbook notion, event-related local field potentials (LFPs) recorded from the human anterior and posterior insula in response to nociceptive stimuli are not specific for nociception, but rather reflect multimodal activity possibly related to mechanisms of attentional re-orientation towards salient stimuli. This finding confutes the assumption that these responses reflect cortical activity through which pain emerges in the human brain, and have far-reaching implications – from basic theories, to the development of diagnostic tests, and the identification of therapeutic targets for the treatment of chronic pain.

A second achievement of our iEEG experiments is the identification of a distinctive feature of insular activity, namely gamma-band oscillations (GBOs), which appear to be related to the processing of spinothalamic input and/or the perception of pain. Currently, I am also investigating the relationship between GBOs and insular epileptic activity.